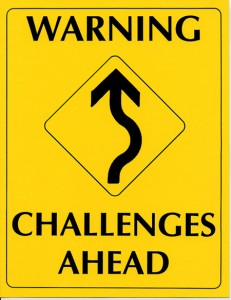 This comes up because I am getting ready to review a book I recently finished. There is one scene in the book of terrible animal cruelty. A very vicious man who is trying to intimidate our hero does so by torturing and killing his dog.

It’s not a big scene in the grand scheme of things, but it does play up just how dangerous the situation is. These people are ruthless and they are not above sending a message in a pretty sadistic way. No other pets are harmed and it really never came up again in the novel (which surprised me, but that’s another discussion), so I began to wonder: should I warn my readers?

I know a lot of people who are very sensitive when it comes to animals. They cannot read newspaper stories about injured animals, they can’t watch the shows on Animal Planet where they take care of neglected animals, and those Humane Society Commercials? Forget it — they are weeping buckets. So part of me wants to warn those sensitive souls, so they don’t get half-way through the book and then quit because of one bad scene.

On the other hand, it’s a murder mystery! I wouldn’t warn them that people get killed in a murder mystery. Why would I warn them about a pet? It’s interesting to me that many people seem to have no problem reading about horrific murders, but kick a puppy and they melt. Nothing wrong with that, it’s just an interesting reaction.

So, to warn or not to warn? I hate to give away a plot point. I think the author pretty obviously meant for this to be startling and shocking – it certainly was to me. However, it’s not really mentioned ever again in the book. (Which begs the question: why have a shocking scene that is never mentioned again?) I would hate to have someone miss out on a great book because of one bit of cruelty to a pet; on the other hand, I would also hate to recommend a book that would give someone nightmares.

At this point, this post has been sitting in my Draft file for a while. But something interesting happened today: a friend on a forum where I talked a bit about this book thanked me for warning her. She said she recognized the scene, took my advice (turn 2 or 3 pages and go on – the details don’t come up again) and was able to go on with the book.

I guess that answers my question, because I warned someone, they avoided the part that would disturb them and they were still able to go on and enjoy the book.

But what do you think? Would you want to be warned, even a little? Or would you rather get the shock the author intended, even if it disturbed you?

3 comments for “Let’s talk about warnings…”