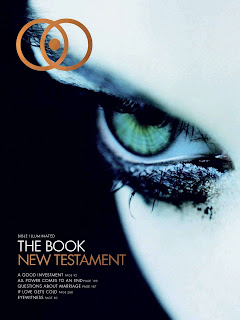 I previewed this illuminated New Testament back in October. I got my review copy a few weeks later and it has hardly been in my hands since. I have passed it around to a number of people to get their opinions and over the long holiday weekend I had a chance to look at the comments I got and to gather my own thoughts.

First: the format. The book arrives not as a book so much as a glossy magazine. Not as thick as the latest issue of Vogue, but the same sort of glossy pages. It’s approachable – the sort of thing a teenager could tuck in their backpack and not be easily identified as a Bible. There was at least one comment that it was perhaps not a serious format, that it was too casual for such an important book, but I tend to think otherwise.

Second: the text. There are no chapter and verse designations in this version, which makes it read more like a story and less like a textbook with passages to be memorized. That makes it more difficult to reference a specific passage, or compare it to other versions of the Bible, and again, makes it more casual. Important passages are highlighted or boxed to draw attention to them.

Third: the photos. The photos are really arresting. Most of the comments I got were about the photos. 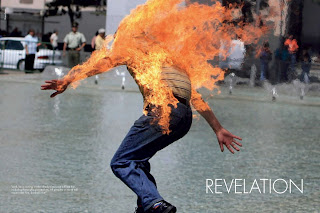 My sister found the pictures disturbing and she was pretty put-off by them. Generally, the impression was that they were thought-provoking. The very first time I showed this book to someone, we ended up in a long discussion about the following picture and verse: 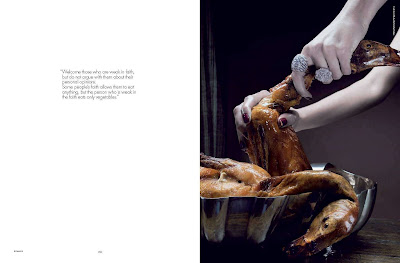 If you can’t read the small print: “Welcome those who are weak in faith, but do not argue with them about their personal opinions. Some people’s faith allows them to eat anything, but the person who is weak in faith eats only vegetables.” (Romans 14:2)

What does that mean? Vegetarians are going to hell? And how does it relate to this weird photo? It was an interesting discussion and it made us talk about all the different ways that verse could be interpreted.