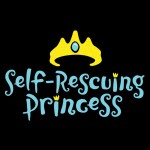 I wanted to share this article from Bustle.com because I think it’s really important. I remember reading some jerk whining about the new Ghostbusters movie (for the record: very funny). He was whinging about how there were no characters that his young son could look up to — apparently because the main characters were all women. There was a lot of “welcome to our world!” talk which I thought completely missed the point: why can’t your son look up to a female character? Why can’t he be impressed by a female scientist or superhero as easily as a male? That little boy is learning something from his dad and it’s that women aren’t as worthy as men and they can’t be role models for him, and that is SAD and WRONG.

So, check this out: Male Readers Need To Read Books With Strong Female Characters, Too

…while these young women act as role models for their girl readers, they serve an equally meaningful purpose for young male readers. They’re proof that girls are just as smart, just as courageous, and just as capable as every male hero to grace the pages of a book.

I think it’s a really important message. And adults need to make sure we aren’t adding to the problem, choosing only books with boy-heroes for the little boys in our lives. Why shouldn’t your son want to be as good with a bow and arrow as Katniss Everdeen? Or as brave and adventurous as Coraline? As clever as Claudia Kincaid?

There needs to be equal representation of male and female heroes on the pages of books for kids and young adults, because the classic narrative — the weak damsel in distress in need of a knight in shining armor — has run its course. It’s time to tell a new story.

Time for a new story indeed.

(You can get your own Self-Rescuing Princess t-shirt here.)

1 comment for “Male Readers Need To Read Books With Strong Female Characters, Too”