I’ve got some guest posts to share with you over the next month or so — you know I love letting the authors do the work here now and then! Today’s author, Doug Jaffe, has been living all over Asia for the last 20 years, and clearly it has had an effect on his writing. As someone who loves to travel, I know that the places I’ve been influence what I read, what I wear, what I eat — and what I write, when I write for myself. I imagine that places like China and Hong Kong would have an enormous impact on your work! 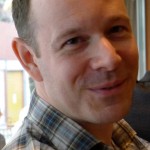 I want to thank Lisa for kindly giving me the opportunity to contribute a guest post on her wonderful site!

My post today comes from across the ocean in the booming city-state of Hong Kong, where I currently reside. I am originally from New York, but upon graduation from university, I picked up and headed east. This was back in the mid-90s when the promise of China was still more talk than accepted trend. Nevertheless, I was entranced with the world “out there” and decided that Asia was as alien as I was going to find in this lifetime. With suitcases packed, a room reserved at a YMCA and an admission to a language school in Taipei, I headed off to Taiwan and never looked back!

In the last two decades, I have been fortunate to experience the region through the eyes of a student, traveler, analyst, entrepreneur and more recently, writer. I’ve seen the best and worst of what Asia has to offer and all of these influences
have made their way into my writing.

When I finally sat down to write my first novel, I wanted to do something different. In addition to telling a good story, I felt it important to present an accurate picture of life out here, free of the tired stereotypes that usually appear in English-language fiction about Asia. More specifically, I wanted to present a realistic depiction of Hong Kong, which is a city near and dear to my heart. At the same time, I wanted to incorporate fantasy elements from Chinese history and mythology, which are subjects that have always interested me. I’d never seen a book that combined these themes, and while it meant the book would not neatly fit into a marketable genre, it was the story I wanted to write.

I hope I’ve managed to do that but ultimately, readers will decide for themselves! 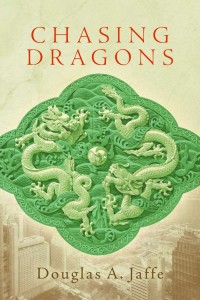 Douglas Jaffe has been in Asia for most of the last two decades and originally came to the region from New York as a graduate student, studying in China and Taiwan. He has a dual Masters in Chinese Studies and International Affairs and speaks passable Chinese on a good day.

In recent years, Douglas has pursued his interest in writing fiction and has published his first novel, Chasing Dragons

. A second book is currently in the works.

Click here to read a short excerpt from Chasing Dragons.

Here is a short excerpt from Chasing Dragons.

“That evening, he conducted an elaborate ceremony in our ancestral hall and only myself and a few of my inner circle were permitted to attend. I can’t recall much from the evening, but I will always remember the gentle coils of blue-grey incense smoke that spiraled upwards during the ceremony. It is strange what you remember, but those coils remain as fresh in my head as any memory, while I couldn’t for the life of me remember the details of the ceremony.”

Mrs. Liu paused to take another sip of tea. I noticed that she was wearing her hair in the same style as the last time I saw her and wore the same fusion of clothing that spoke of an elegant familiarity with the elite strata of both Chinese and Western societies.

“After several hours of praying and chanting, something happened.” At this, Mrs. Liu looked uncharacteristically troubled and looked behind her, as if to check that the room was still empty. “I cannot tell you exactly what transpired but something changed in the air around us. The texture of the air itself changed and I know this because the coils of incense smoke that I had been watching so intently began to drift upwards in a new pattern. Where they encountered this agitated air, they broke apart and mapped the contours in smoke.

“As we watched, the smoke began to trace the outline of what appeared to be a face of some sort. I cannot describe the face to you because it drifted in and out of focus depending on the flow of smoke that fed its image. It was not human
though and I distinctly remember the eyes. They were cold, ancient eyes that appeared to be watching us intently.

“The Daoist priest explained that his prayers had been received and an audience granted. He then proceeded to recount the series of events that I had revealed to him and would occasionally look to me to provide some additional details or clarification. Whenever I spoke, I noticed those smoke eyes turn in my direction. I felt as though I was pleading my case before some imperial magistrate and I recall using very formal language.

“When we finished, the face continued to watch us impassively, with those eyes moving slowly across each of us. When they fixed on the priest, he lowered his head in supplication and began chanting. Eventually, they reached me and paused. I am no priest and while I felt respect for this adjudicator, I am not in the habit of cowering before anyone. When our eyes met, I did not blink and matched its stare with my own. After the briefest of pauses, I saw one of the eyes wink.”