I’ve got a few new books on my Kindle that have been added to my private collection. Since they will probably eventually end up being reviewed here, I thought I would share…

Among my recent purchases, The Neighbors 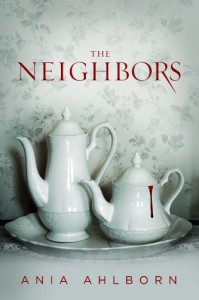 Andrew Morrison sacrificed everything—his childhood, his education, and the girl of his dreams—to look after his alcoholic mother. But enough is enough, and now he’s determined to get out and live his life. That means trading the home he grew up in for a rented room in the house of an old childhood friend— both of which are in sorry shape.

The only thing worse than Drew’s squalid new digs and sullen new roommate is the envy he feels for the house next door: a picture-perfect suburban domicile straight out of Norman Rockwell, with a couple of happy householders to match. But the better acquainted he gets with his new neighbors—especially the sweet and sexy Harlow Ward—the more he suspects unspeakable darkness beyond the white picket fence.

At the intersection of Blue Velvet and Basic Instinct lies The Neighbors, an insidiously entertaining tale of psychological suspense and mounting terror by the boldest new master of the form, Ania Ahlborn.