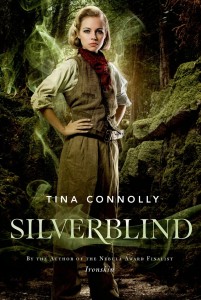 Dorie Rochart has been hiding her fey side for a long time. Now, finished with University, she plans to study magical creatures and plants in the wild, bringing long-forgotten cures to those in need. But when no one will hire a girl to fight basilisks, she releases her shape-changing fey powers—to disguise herself as a boy.

While hunting for wyvern eggs, she saves a young scientist who’s about to get steamed by a silvertail—and finds her childhood friend Tam Grimsby, to whom she hasn’t spoken in seven years. Not since she traded him to the fey. She can’t bear to tell him who she really is, but every day grows harder as he comes to trust her.

The wyverns are being hunted to extinction for the powerful compounds in their eggs. The fey are dying out as humans grow in power. Now Tam and Dorie will have to decide which side they will fight for. And if they end up on opposite sides, can their returning friendship survive?