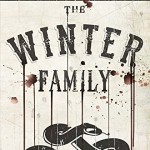 It took me a while to get through The Winter Family

by Clifford Jackman – not because of the story, but because my schedule has been insane the last few months. But it was worth it to carve out some time to finish this amazing story.

The story really starts in Georgia, in 1864. In the lead-up to General Sherman’s march across Georgia, an unlikely band of brothers assembles. Augustus Winter is a sociopath, born of his crazy father’s brutal beatings, and in a rag-tag bunch of Union foragers he meets a number of like-minded individuals. For them, the Civil War is a chance to rape and pillage, torture and murder, with the excesses of the war to hide their crimes. Eventually, the lies catch up with them and they find themselves on the run. The “family” splits up, comes back together, and brings in new members as they paint a bloody swath across American history. They ride with the Klan, they get involved in election politics in Chicago, they slaughter Indians and sell their scalps in Phoenix. Everywhere they go, they bring violence and death, but there is something compelling about Augustus Winter.

Bill walked past the two Union soldiers. Slowly. He too looked into Winter’s eyes. He too saw the hared burning out of them and an electric sensation ran up and down his spine. The boy had not broken. How was that possible? Bill could feel the strength of will, the sense of purpose, radiating off him like heat. Who was this boy? How could he be only a lowly private? Wouldn’t that kind of strength carve its own path in the world? What could contain it?

Winter has clearly aligned himself with some awful characters, no doubt about that, but he doesn’t seem crazy. He is very sure of himself, his legend, and the picture he paints. He knows that people are afraid of him and he is not afraid to use that to his advantage. He has built himself into a legend and his golden eyes make him easy to spot:

“Look into my eyes,” the grand wizard said.

The engineer did, and what he saw took his breath away. He opened his mouth but no words came out.

“Donald?” the expressman said through the door. “Donald, what’s he doing to you?”

“My god,” the engineer said.

His bladder released. The sound of urine hitting the floor was unmistakable.

And Winter lives up to that reputation. Everywhere he goes, it’s a tornado of death and violence. This is not a book for the faint of heart. These are not men who will realize the error of their ways and repent. It is a wild ride across America and one that was a pleasure to read.

My copy of The Winter Family

by Clifford Jackman was an Advanced Reader Copy provided free of charge. 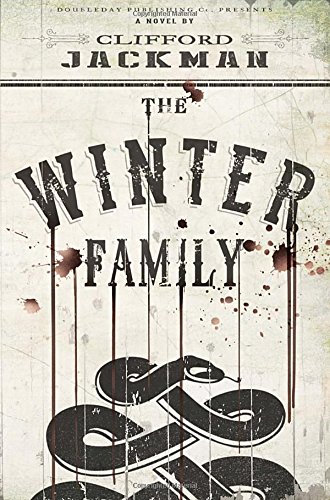 1 comment for “Review: The Winter Family by Clifford Jackman”