Review: The Lost City of Z by David Grann 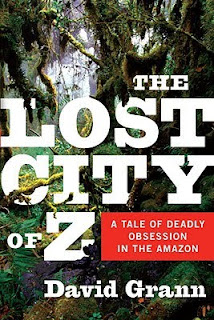 I love a good adventure novel! Exploring the Arctic, searching for the source of the Nile, exploring the Amazon basin, all from the comfort of your local library. Most of us will never in our lives go anywhere that is truly unexplored, but I have great respect for the men (and occasionally women) who were unafraid of the unknown. In The Lost City of Z: A Tale of Deadly Obsession in the Amazon, author David Grann presents not only a great tale of adventure but also a great mystery: what happened to Colonel Percy Fawcett?

Colonel Percy Fawcett was an amateur archaeologist and adventurer who spent the early years of the 20th century exploring South American jungles. He was known for his policy of non-violence when it came to the natives; while other explorers were escorted by troops of well-armed soldiers, Fawcett traveled with a small party, brought gifts for the tribes they met, and resolved to never fire a shot. He was the inspiration for Arthur Conan Doyle’s The Lost World and Steven Spielberg’s Indiana Jones. His career ended in mystery — in 1925, accompanied by his son, Jack, and a small party of explorers, Fawcett disappeared into the Amazon in search of the lost city of Z (which may have been code for El Dorado, the City of Gold. Dozens of expeditions were launched to try and determine what happened to Fawcett and his companions. No hard evidence was ever found.

Over the years he spent exploring in the Amazon, Fawcett became convinced that there was evidence of advanced civilizations in the jungle. Although the prevailing opinion was that the natives of the area were backwards and mentally inferior to Europeans, Fawcett was impressed with the way the indigenous people were able to build societies, albeit small ones, and find food and clothing in an area most referred to as The Green Hell. He spent years researching the reports of early explorers, and in 1925, he headed off on his final expedition.

David Grann was ill equipped to go searching in the Amazon:

Let me be clear: I am not an explorer or an adventurer. I don’t climb mountains or hunt. I don’t even like to camp. I stand less than five feet nine inches tall and am nearly forty years old, with a blossoming waistline and thinning black hair. I suffer from keratoconus — a degenerative eye condition that makes it hard for me to see at night. I have a terrible sense of direction and tend to forget where I am on the subway and miss my stop in Brooklyn.

His original plan was to head to the Amazon with a couple of pairs of shorts, his sneakers and a Swiss army knife. But Grann gets caught up in the Fawcett mystery that has captivated explorers for nearly a century. The staff at the Royal Geographic Society is accustomed to dealing with “Fawcett lunatics”, who want to read his papers and follow in his footsteps, even though Fawcett explicitly requested that no rescue mission be attempted. (That was part ego; he figured that if he couldn’t find his way out, no one could.) Estimates are that more than 100 people have perished in their attempts to solve the mystery of what became of Fawcett’s band of explorers. 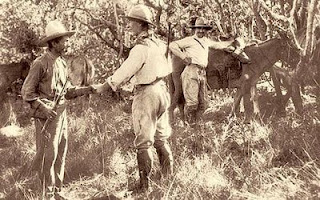 The Lost City of Z is both the story of Fawcett’s expedition and Grann’s obsession with it. There’s some history, a little archaeology, and plenty of adventure. It’s a terrific story about a larger-than-life character who inspired great writers and touched millions of newspaper readers with the stories of his adventures. Perhaps the greatest tribute to Fawcett is that his final chapter remains a mystery.

My copy of The Lost City of Z: A Tale of Deadly Obsession in the Amazon was an Advanced Reader Copy; get your copy at Amazon.com.