Guest post: Martin Lastrapes, author of Inside the Outside 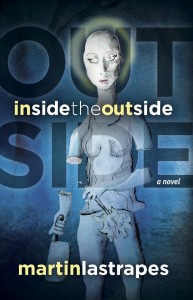 Oh, do I have a treat for you today! I’ve got a guest post about CANNIBALS! HUMAN FLESH-EATING CANNIBALS!

Okay, not precisely. I’ve got a guest post from Martin Lastrapes, a brand new author talking about his book, Inside the Outside

which happens to be about cannibals. And as a reader, I wanted to know: what made him want to write about cannibals? I mean — aren’t you a little curious? Martin was kind enough to indulge me, which lead to this great post on writer’s and their inspiration. Enjoy!

GUEST POST: What Inspires a Writer to Tell a Story?

So in the end, it seems that the very simple answer as to why I decided to write about cannibals is because they interest me.  This isn’t to say I’m interested in cannibalism as a lifestyle or even as a hobby, just that the idea of cannibalism—the idea that, even as I write this, there is a cannibal out there, somewhere, making his lunch—is infinitely fascinating to me.  In many ways, my interest in the subject of cannibalism stems from my being a vegetarian.  Vegetarians and carnivores alike, at some point or another, have ventured down that slippery slope of questioning when eating meat goes from acceptable to unacceptable (Cows and chickens: “Yes!” Dogs and people: “No!”).  As a writer, this made me curious to explore those people who say “Yes!” to eating other people.

So I created a society of cannibals who live in a remote combine in the San Bernardino Mountains, a society of people for whom eating human flesh is every bit as normal as eating cows and chickens.  I wasn’t, however, interested in writing any sort of didactic diatribe about dietary choices.  I simply wanted to explore who these people might be and what their little corner of the world might look like.  The theme of cannibalism naturally lends itself to the elements of horror, however, I wasn’t primarily motivated to write a horror novel.  Ultimately, everything about my novel—every character and plot point—was motivated simply by the things that interest me in my everyday life.

Be sure to check the end of this post for a chance to win a free copy of this book!

And I suspect this is true for most every author.  Certainly, there are those authors who are motivated by other, less personal elements—money, fame, Oprah’s Book Club, etc.—but, by and large, writers are inspired to write about whatever it is that fascinates them in real life.  Michael Chabon, for instance, loved comic books as a kid, which helps explain why they serve as one of the central themes of his Pulitzer Prize-winning novel The Amazing Adventures of Kavalier and Clay.  Tim O’Brien served in the Vietnam War, which more than explains why it serves as the central theme of many of his novels, including the National Book Award-winning Going After Cacciato and the Pulitzer Prize-finalist The Things They Carried.

As a reader, one of the things I enjoy about reading multiple books by a single author is coming across the various themes and references that repeat themselves from one story to the next, a variable trail of literary breadcrumbs leading to some secret insight about the author that might otherwise go unnoticed.  Tom Robbins, for instance, author of such terrific novels as Skinny Legs and All and Jitterbug Perfume, often refers to pumpkins and genius waitresses in his work.  I have no idea what place either of these hold in his everyday life, but clearly they mean something to him.  Or take Stephen King, for example, who sets so many of his stories in Portland, Maine.  Even if you’re not a King biographer (which I’m not), it becomes clear that this setting has some personal meaning to him.

But beyond the personal connections an author has to his subject matter, I think there is probably a simpler reason for what inspires us to write a particular story—or any story for that matter.  And that is the simple act of human connection.  By our very nature, we’re wired to communicate with each other.  It’s one of the most natural things in the world, it’s why our ancestors painted pictures on cave walls and it’s why we developed words and languages.  Storytelling is simply an extension of that evolution, an extension of our natural need to connect with other people.  Of course, what we choose to communicate varies from author to author—be it comic books, war, pumpkins, or cannibals.  And discovering those inspirations, like hidden gems, is all part of the fun. 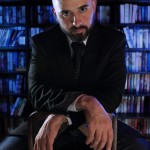 MARTIN LASTRAPES grew up in the Inland Empire. He studied at Cal State San Bernardino, where he earned a Bachelor’s Degree in English and a Master’s Degree in Composition.
Inside the Outside is his first novel.
Official website: www.martinlastrapes.com
Facebook Fan Page: https://www.facebook.com/MartinLastrapes
GoodReads Profile: http://www.goodreads.com/author/show/5041733.Martin_Lastrapes
GoodReads Giveaway:  http://www.goodreads.com/giveaway/show/13289-inside-the-outside

3 comments for “Guest post: Martin Lastrapes, author of Inside the Outside”