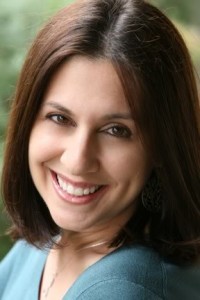 Oooh, this is fun! As I promised you on Monday, I’ve got an interview with Lisa Becker, author of Click: An Online Love Story

. It’s an entertaining story about Renee Greene and her adventures in internet dating. I had a sneak peak from the book earlier this week, but now I get to ask Lisa some questions. Once you read her answers, check out her Facebook page. When she reaches 2000 fans, she’ll be posting bits of the new book, as well as giving you a chance to have a character named after you!

1. I have to ask the obvious question: have you dated someone you met online?

Well, a true lady never kisses and tells.  My husband and I met online on a popular dating website.  After we married, I was recalling some of the hilarious experiences that I had with both traditional and online dating.  I decided to capture some of them in writing and from there, a novel emerged.   The ultimate goal was to create a fun read for anyone who has ever had a bad date, been in love, been dumped, or is searching for “the one.” But, the happy ending is real.  Steve and I have been happily married for eight years and have two amazing daughters – ages 6 and 4.

2. Are the “gentlemen suitors” in the book based on any men you know? (You don’t have to say which ones or name names.)

Click is loosely based on my real-life dating experiences, as well as stories friends have shared with me.  In some cases, things are written as they actually occurred.  Other scenarios are exaggerated for entertainment value or comedic affect.  And some scenarios are completely fictionalized. I really did go out on a date with someone I met online who started every story (no joke!) with “My buddies and I were out drinking last night.”

3. Do you write on a schedule or when the mood strikes you?

I started writing Click after my husband and I married but before we had kids.  Then I had to take a break from writing due to the rigors of motherhood.  But I had always told myself – even as a little girl – that I would write a book one day.  So I made the commitment to finish the book.  I wrote in the mornings while the girls were at school or at night after they went to sleep.  I made it a goal to write – even if only for a half hour – every day.

4. What has been the most challenging thing about publishing your own book? The most rewarding thing?

I explored the traditional publishing route and got feedback from multiple literary agents. One in particular explained the current economic state of the publishing industry to me. Due to the large investment to edit, produce, distribute and market a work by an unknown author, many large publishers won’t take the risk. Self-publishing is a way to get your work out there and was very easy.  The hardest part is marketing the book and spreading the word about it.  So, I’m especially appreciative to blogs like yours for helping me with that process.

I’m also reminded of some advice I was once given. I had interviewed Charles Rosen, one of the producers of the original Beverly Hills 90210, for an alumni magazine article while I was in graduate school. And I’ll never forget what he told me, “Don’t fall in love with your words, because somebody above will probably change them.” One of the great benefits of self-publishing is that you can really take control of the process.

5. Do you think chick lit gets a bad rap/doesn’t get the respect it deserves?

That’s funny you mention that.  I was just talking with a friend of my husband’s about this very topic.  I do think Chick Lit is not as respected of a genre as other forms of fiction.  But, with the feedback I’m receiving for Click, I’m happy to know my work is bringing laughter and fun to people.   With each positive review and reader comment on the Facebook fan site, I get more and more motivated to continue writing.  I’m hoping people will consider liking the Facebook page and giving suggestions for the upcoming sequel, Double Click.

6. What author (living or dead) would you like to have a drink with? And what do you think they’d be drinking?

To Kill a Mockingbird is both my favorite book and movie, so I would enjoy a cocktail with Harper Lee.  I imagine she would have a mint julep, which she would sip slowly.  I too would be sipping slowly, but would enjoy a margarita on the rocks with lots of salt.

7. If you wrote a personal ad for yourself, what would it say?

If you pick up a copy of Click: An Online Love Story and read Renee’s online profile, that’s almost identical to the one I wrote when I met my husband 11 years ago.

Review: Zombies of the World: A Field Guide to the Undead by Ross Payton
Review: The Map of Time by Felix J. Palma