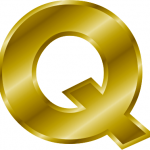 I was talking with a friend the other day about books that you read when you’re young and re-read when you are older, and it made me think of this quote:

“A truly great book should be read in youth, again in maturity and once more in old age, as a fine building should be seen by morning light, at noon and by moonlight.”

A great example is Frankenstein, which I read as a teen. I was caught up in the horror story of it all, having seen various Frankenstein movies. When I read it years later, in college, I was moved by the monster’s loneliness and by its attempts to educate itself and find meaning for his life. Perhaps different aspects of the story will appeal to me as an older reader.

Robertson Davies is a well-known Canadian novelist.  His best-known work is The Fifth Business, published in 1970.