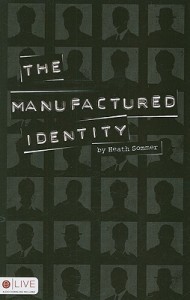 How can you resist a guest post like this? Today, I have a great guest post as well as a chance to win a free book! That’s a terrific end of the work-week, if you ask me.

I knew as soon as I got the email that I wanted to read Heath’s guest post.  You know the posts I have here, I love to know what’s going on inside an author’s head, and this is one heck of an idea.

. Just fill in the entry form at the end of the post and you could be my lucky winner!

The first time I worked with a serial killer was actually my very first client in graduate school. Wide-eyed, eager to change the world, and unsure I would ever finish the degree I was only halfway through, I entered the small testing room and there he was. Average height, build, face and mannerisms. His referral sheet said he wanted an evaluation for attention deficit disorder, but when I asked him how he was doing, he told me he was seriously considering killing his wife.

The inclination in such a context is to laugh. We are used to friends and family spouting off trite aggressions that we never take seriously, but a brief analysis of his eyes convinced me there would be no grin or chuckle associated with this very real threat. I played it cool, looking down at my notes and pretending to scribble while in reality wondering what to do. No one had ever trained me for this—not yet anyway. I was supposed to give a few surveys and tests and then dangle an over-diagnosed label. Instead, I did some research and found that this man had a trail of criminality and a bona fide rap sheet of homicide and violence.

I went home, looked at my children and hugged them in a way that ten years later they would protest in adolescent irritation. The next day, however, I had to face him again. And the next. And the next, and soon I found that serial killers—now don’t think I’m crazy—sound normal. They don’t speak like Barry the Blade or Tommy Two Tone, jerking out verbs and nouns with sharp crescendos and sneering lip contours. They sound like the kids you ate lunch with every day. Maybe not the kid you hung out with most, but the one who sat with you all and no one ever really knew. They sound like a quiet Sunday school teacher or a philosophical seat-mate on an airplane. They don’t stick out. Of course not. If they had targets, they would be caught. A repeat killer must be a master of looking normal!

For awhile this bothered me. Scared me. How do you go about working by day, hearing about mutilation and terror, then going home and watching Barney and Dora and feeding your children breakfast? Thankfully, it soon dawned on me. The fact that creepy people were all around me wasn’t new. It was as old as time. If I’m Christian, Cain was family. (Abel didn’t see it coming.) If I’m secularist, H.H. Holmes seemed like a nice nineteenth-century businessman in Chicago, not a master of torture and rape. If I’m an advocate for the elderly, Dorothea Peunte broadcast herself as a nice old lady, not a psycho butcher burying her mentally and physically disabled boarders in her backyard.

No, people, it turns out, are hard to predict. And so in writing them—in becoming a published novelist whose job it is to capture the insides of how villains live with themselves, it became obvious. Villains had to be relatable. Had to think like you and me. Had to be sad when no one came to their birthday parties and wonder if they’d ever find love. Readers would have to be able to think like and feel like these objectionable members of society, because, creepy as it is, we are more alike than different. Scary, right? But embracing this truth, rather than fearing it, has made me able to function and exist, much like knowing that when I am camping there is truly little I can do to stop a bear from eating me. In both
instances, the predator lurks, but the likelihood is so remote as to not warrant panic and isolation.

In the end, I met with that first patient for the final time and diagnosed him with many things—including a genuine case of ADHD. But I would continue diagnosing him, and the many, many like him whom I would meet over the course of my career, in the storylines that wake me at night and refuse to remain locked inside. Writing about those who walk normally among us, but occasionally kill. And then feeding my children some granola the next morning. 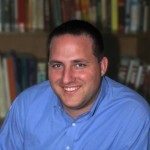 Now, the good stuff! Just fill in the form below (don’t worry, your email address is hidden) and you might win a copy of The Manufactured Identity. Entries close at 5:00 pm EST on Monday, February 18th. The giveaway is open to readers in the US and Canada. Share the giveaway on Twitter or Facebook (and provide a link in the box below) to get a bonus entry.