Another great ARC! Look for the review on this one closer to its May 2014 release date – The Kill Switch 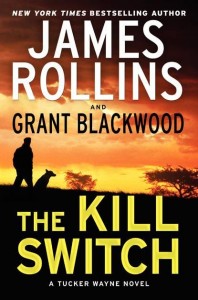 Former Army Ranger Tucker Wayne and his military working dog Kane are recruited by Sigma Force to extract a Russian pharmaceutical magnate from Siberia. A scientific genius, the package holds the biological key to a new weapon system, a danger engineered from the ancient past to terrorize the modern world. From the frozen steppes of Russia to the sun-blasted savannahs of Africa, Tucker and Kane must piece together a mystery going back to the origins of life on Earth-before the ancient peril can destroy the heartland of America, and with it, the world.

Quotables
Review: This Dark Road to Mercy by Wiley Cash