Review: The Wilde Passions of Dorian Gray by Mitzi Szereto 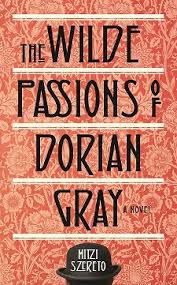 by Mitzi Szereto is purported to follow the adventures of an iconic character, but I think this novel suffered from a bit of misrepresentation. It was presented as a follow-up to The Picture of Dorian Gray by Oscar Wilde, so cleverly alluded to in the title, and that’s a workable idea for a novel. I would be interested in what happened to Dorian – what happened to Dorian? What happened to the portrait? What would you do if you were assured that you would never grow old and never have to pay for those sins? But this is really soft-core porn. Not that there is anything wrong with that – I like a bit of raunch now and then. It just wasn’t what I was expecting when I agreed to review it.

My copy of Wilde Passions of Dorian Gray

was an Advanced Reader Copy, provided free of charge. If this sounds like your sort of book, I suggest you check out the author’s website for similar works – she’s got quite a variety!