And here’s an exciting new ARC from the folks at Tor/Forge: Collision 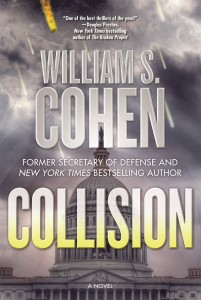 Sean Falcone, former National Security Adviser to the president of the United States, attacks a gunman during a mass killing at an elite Washington law firm. A second shooter flees with a laptop containing vital information about an asteroid being mined by an American billionaire and his secret Russian partner. The incident plunges Falcone into a Washington mystery involving the White House, NASA, corrupt Senators, an international crime lord . . . and the possible destruction of all humankind.

Utterly ridiculous: Germany says you can only buy adult eBooks after 10 pm
Review: A Head Full of Ghosts by Paul Tremblay