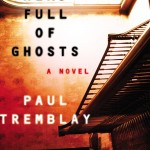 Review: A Head Full of Ghosts by Paul Tremblay

This was an odd one. I knew it would be odd as I sat trying to sort out the cover of the novel, a photo of a hallway turned sideways; it’s a great way to set the tone for the rest of the book. A Head Full of Ghosts

by Paul Tremblay is the story of the Barrett family – Mom, Dad, and two daughters, Marjorie and Meredith. They were the subject of an early reality TV show, one that ended tragically; now, years later, Meredith is finally telling her story to an author for a memoir. Interspersed with her conversations with her ghostwriter are excerpts from a blog that recounts the TV episodes in great detail.

The Barretts were sadly typical. John Barrett lost his job at a local factory. Sarah Barrett was trying to keep the family afloat on bank teller salary. The girls appear oblivious, until fourteen year old Marjorie begins showing signs of schizophrenia. The doctors they consult are unable to help. Her sister, Merry, is terrified – Marjorie has stopped being her constant friend, her story-teller, her idol, and become someone entirely new and very frightening.

I told her to get out, to leave my room, to go away.

Skeleton-white hands came out from under the blanket and wrapped around her neck. They pulled the blanket down over her face, skin tight, and the blanket formed a shroud with dark valleys for eyes and mouth, her nose flattened against the unyielding cloth. Her mouth moved and choking growls came out. Those hands squeezed so the blanket pulled tighter and she shook her head, thrashed it around violently, and she gasped and pleaded with someone to stop or maybe she said she was trying to stop. Her hands were still closed around her own neck, and I’m sure it was some sort of optical illusion or a trick or kink of memory because her neck couldn’t have gotten as thin as I remember it getting…

Scary stuff for an eight year old. Is Marjorie going crazy? Or is it something more disturbing?

Eventually, John Barrett turns to his priest for help and advice. He is the only member of the family that is religious (his wife is openly scornful) and he and the priest decide that this might very well be a case of demonic possession. And somehow, the decision is made to turn the family’s struggles and Marjorie’s exorcism into a reality TV show, although Merry was too young to know the details. The show will certainly help the family’s financial problems. Sarah is clearly uncertain about turning the whole thing into a spectacle, but John convinces her. I can’t imagine that it was what any mother would have wanted for her family.

More sad for me than Marjorie’s illness was Merry’s friendship with Ken, one of the show’s writers. She seems so desperate for attention, so lost in the drama of her sister’s illness and the way her family is crumbling around her. The idea that she has latched on to this man who is part of a team of people who are profiting from her family’s horrible situation was just heartbreaking.

I wasn’t sure what to expect from the ending – a nice way to finish a mystery. You know it’s going to be bad, everything is leading up to a terrible conclusion, but you’re not sure what kind of bad it will be. Will Marjorie turn out to be faking it all, exposed on national TV, leaving the family the laughingstock of their small town? Is that worse than finding out she’s possessed by demons or that their house is haunted? Or is something else stirring in that house? Could one of these girls be an evil genius? Marjorie seems lucid much of the time, and seems to be plotting something with Meredith, but is that the demon talking?  Right up to the end, even after you know how Marjorie’s story ended, there are hints that maybe, just maybe, there is more to the story. I love that – I want a book to keep me guessing, to let me sort out alternative endings on my own.

My copy of A Head Full of Ghosts 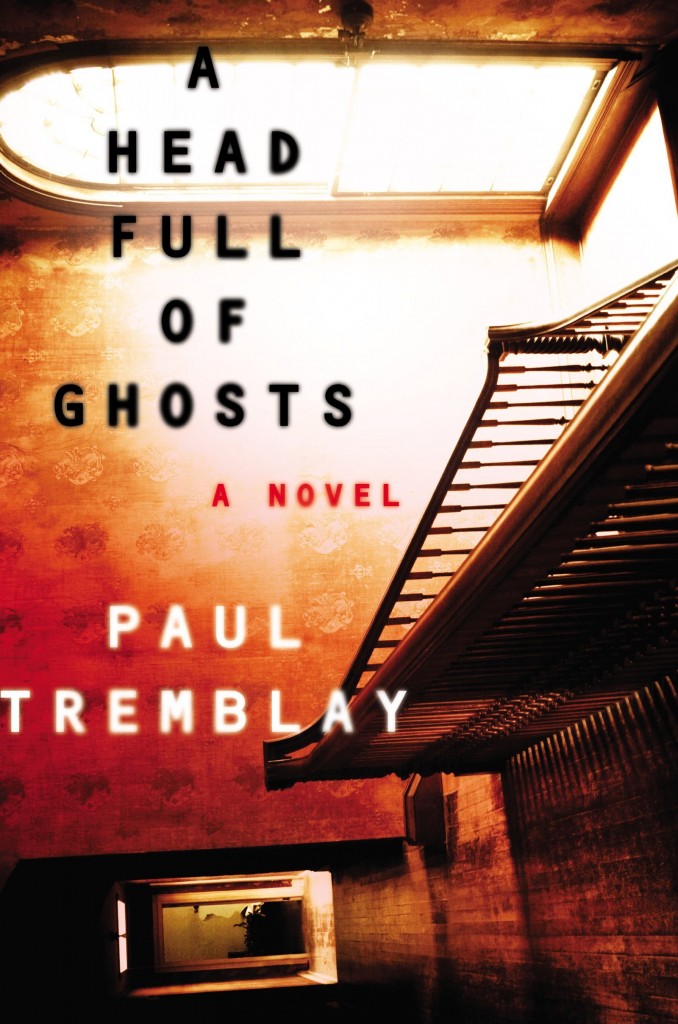 New on the Shelves
Hot Guys with Books

1 comment for “Review: A Head Full of Ghosts by Paul Tremblay”