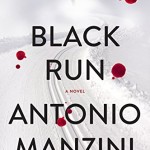 by Lisa on December 9, 2015 in Book Review, Detective Fiction • 0 Comments

This week, I’ve got reviews of two thrillers that I wanted to love — but didn’t. First up: Black Run

by Antonio Manzini. I picked this one to go first because overall, I liked it the best of the two.

Rocco Schiavone has been exiled form his beloved Rome to a tiny tourist town in the Italian Alps. He made enemies back in Rome and now he is stuck on the side of a mountain and he hates every minute of it. He hates the snow, he hates the cold, he hates the villagers and the tourists. The weather is hard on his shoes — Clarks desert boots, mentioned over and over — but he is too stubborn to buy appropriate footwear. The only thing he cares about is getting back to Rome.

A resort employee, grooming ski runs on a snowcat, runs over a body on the slope. It could have been an accident – maybe a drunk passed out in the snow – or it could have been murder. Rocco is assigned the case but he seems far more interested in sleeping with the attractive widow – and virtually every other woman who crosses his path – than in getting to the bottom of the case.

Rocco Schiavone is supposed to be one of those abrasive-but-lovable types. The cover blurb describes him as “an irresistible hero – a fascinating blend of swagger, machismo, and vulnerability.” Problem is that I didn’t find him irresistible or fascinating. When he isn’t commenting on the fuckability of the women he meets, he’s firing up a joint in his office or lamenting the sorry state of his stupid shoes. (Note to Rocco: if you have to work in the snow, buy some boots. Refusing to wear weather-appropriate footwear does not make you look cool. It makes you look like an idiot.) When he called one witness he questioned “a tanned whale,” I was ready to be done with the whole thing, but if I’d quit then, I would have missed his later criminal dalliances. Might as well make a few bucks on the side, who cares if it’s illegal. Maybe it’s true that all Italian cops are dishonest.

It’s really disappointing because overall, I liked the mystery. There were some interesting twists, I liked the personalities of many of the characters, and Rocco has an interesting backstory. I don’t have to love a main character to enjoy a novel, but it helps if I don’t loathe him.

If you don’t mind a very flawed main character, give Black Run

a try. My copy was an Advanced Reader Copy, provided free of charge. 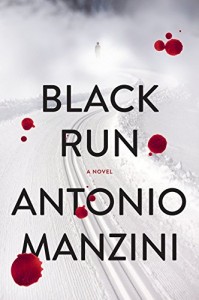 Quotables
Books you may have overlooked