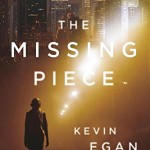 by Kevin Egan is a different sort of courtroom drama. It revolves around the Salvus Treasure: a collection of silver pieces, bowls and plates and urns, dating back to ancient Rome. Together, the pieces are worth more than $70 million dollars, but their ownership is in dispute and the case will be tried in a Manhattan courtroom. Violence breaks out during the trial and a key piece of evidence goes missing – an urn worth approximately $5 million – and a court officer is gravely wounded. Now, three years later, the urn is still missing and the case is back in court. People have died – and killed – to possess this treasure; how many more lives will it claim?

When the first trial started, Linda Conover was a law clerk working under Judge Oliver Johnstone, the presiding judge. He retired in the shocking aftermath of the trial and now Linda is a judge in her own right. It only makes sense that when the appeals court has handed down its rulings, the case would come to Judge Conover’s courtroom; she knows more about the case and the issues at hand than anyone else. But this is a rough time in Linda’s life — her personal life is chaotic, she is rethinking the path her career is taken, and being targeted by the shadowy figures involved in this trial is the last thing she needs.

The best part about this mystery is the setting. The real action doesn’t take place in a courtroom, with its marble floors and polished wooden benches. It takes place in the underbelly of the courthouse, the storerooms and antechambers and janitors’ closets that most people never see. Fittingly, the key players are the people we never see: janitors and security officers and courtroom observers who tend to stay under the radar. It was a fascinating look at a part of courthouse life that you never see or read about.

The mystery is terrific! I love it when a story really surprises me, and although I had worked out some of the particulars before the ending, I was completely surprised by the direction it took. Looking back, it made sense, but I didn’t see it until the end. I don’t like it when the mystery is too easy to solve. I want to be challenged and entertained. If you like legal thrillers you’re going to enjoy this unusual take on a courtroom drama.

My copy of The Missing Piece

by Kevin Egan was an Advanced Reader Copy, provided free of charge. 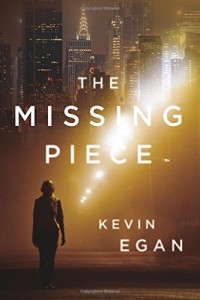 1 comment for “Review: The Missing Piece by Kevin Egan”