Review: The Dark Side by Anthony O’Neill

by Anthony O’Neill is possibly the most fun bit of sci-fi I’ve read in ages. I laughed a lot, cringed a little, and found a whole new set of rules to live by – The Brass Code. The Brass Code is invoked by an evil, amnesiac android named Leonardo Black. Some of my favorites:

And my very favorite:

Perfect set of rules for a sociopath – or a corporate CEO, I think. And Leonardo Black is using them to take over Purgatory. Purgatory is a lunar city built on the dark side of the moon. It’s run by Fletcher Brass, a charismatic business mogul who moved to the moon to escape prosecution. His base is inside a giant telescope and from there he founded Purgatory – a lawless territory that is home to a dazzling array of murderers, sex fiends, adventurers, and other rebellious types. And there’s a new sheriff in town.

Damien Justus (great name for a sheriff, even if it’s pronounced like Eustace) has his own tawdry past. He also takes his job seriously, which is interesting because Purgatory doesn’t take the law seriously. As soon as he arrives, in true noir detective fashion, he is hip-deep in a string of political assassinations whose suspects include none other than Fletcher Brass and his daughter, QT.

While all this plays out, there is still Leonardo Black, lurking in the background, heading for Purgatory and determined to conquer it. He is utterly ruthless – even if he isn’t entirely sure what his mission is supposed to be.

I loved this. It has such a great mix of interesting characters, of old-school detective novel tropes and sci-fi adventure! I would love to see the movie they make out of this one. The best part is the way that the funny and the serious live side-by-side in this. Justus needs to catch a murderer before he gets shipped back to Earth. And while Black is a very funny android, he is also murdering people. And I still enjoyed every page. This was one of my favorites from last summer (yeah, I’ve been very lax about getting reviews written lately), and it would be perfect for the beach this summer – and now it’s probably out in paperback and that much cheaper!

My copy of The Dark Side

by Andrew O’Neill came from the Kent Free Library (and I bet they thought they would never see it again). 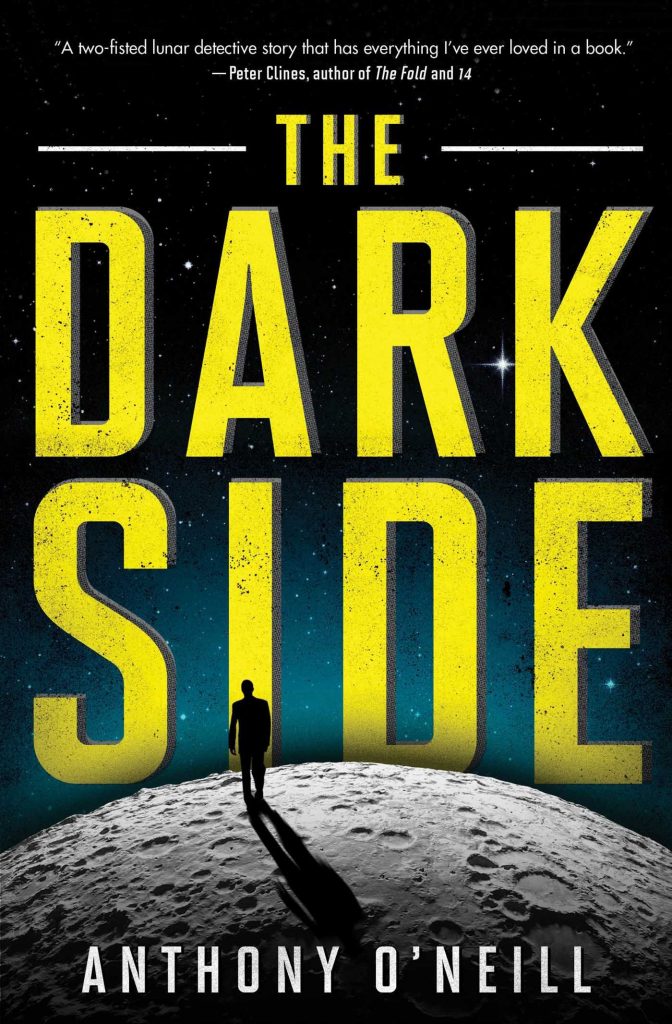