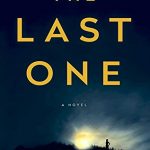 Review: The Last One by Alexandra Oliva

In The Last One

by Alexandra Oliva, Zoo has signed up for a reality TV show: “Twelve contestants are sent into the woods to face challenges that will test the limits of their endurance.” The producers are particularly evil as they go about stirring up drama and trying to get good reaction shots for the audience at home. The challenges are staged, but some segments feel all too real, which sets the stage for real danger. Something has happened – the crew is getting sick – but the cast doesn’t know. They are isolated, away from any news source, and when the direction from the crew stops coming, they assume it’s just another challenge. There’s a lot on the line and no one wants to make the sort of mistake that would get them disqualified.

It’s a scary premise because you could actually see it happening. I have been watching the most recent season of Alone on the History Channel and if World War III broke out, how would they know? For most of the contestants, the first clue would be when they were ready to tap out and no one answered the satellite phone.

One of the things I really enjoyed in this book is that Oliva shows you the story from all angles. From the beginning, you get the contestants’ view, you get a glimpse at the behind-the-scenes stuff, you even get online viewer comments. But Zoo, our main character, doesn’t see any of that. She is hungry and scared and she has tunnel vision: she is focused on that million dollar prize. She wants to win. She wants to get home to her husband. And after sacrificing so much, her determination is scary.

After the contestants get through the team challenges they are sent their separate ways. At first, there are more challenges but eventually, as bad things are happening back in the world, the challenges stop coming. Zoo has to figure out for herself what she’s supposed to be doing and she sets her sights on getting home. When she wanders through places that should be inhabited but instead look like ghost towns, she assumes it’s all part of the production. Through that lens, every person she sees is an actor, every obstacle is part of the challenge, but none of it is real.

The book definitely moves along and, as I said, you can easily imagine something like this happening. Hell, I can imagine a reality show doing it on purpose – making its contestants believe that the world has ended, just to see if they do anything that will drive up the ratings. It’s just hard to imagine that the contestants wouldn’t stop at some point and insist on a break or a phone call home. How long can you imagine trudging along on your own without some contact from the showrunners?

I also have to say that I didn’t find the ending very satisfactory. It’s clear that Zoo isn’t as rational as when she started, but I found some of her behavior hard to track. And I don’t like an ending that depends too much on unlikely coincidence, but that’s about all I can say without spoiling things for you. Even with its flaws, this is a fun read and I encourage you to check it out.

My copy of The Last One

by Alexandra Oliva came from the Kent Free Library – and they’re going to be thrilled to [finally] get it back! 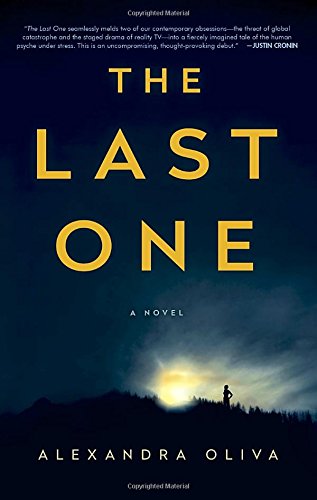 First Words
New on the Shelves…