Throw the book at her – literally! 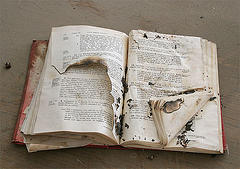 I was shocked to see this story:

Boise police say they nabbed a woman Sunday who they believed has caused thousands of dollars in damage to library books and other items by pouring liquids, including corn syrup and ketchup, into a drop box at the Ada County Library on Victory Road.

Why would someone do something so horrible!  And this isn’t a teenager – this is a 74 year old woman!  Gotta be some sort of mental health issue going on there.  Why would someone want to ruin library books?

Read more about the story here. (She looks mad about something, doesn’t she?)

The Pleasure of Buying Books
Review: Angel and Apostle by Deborah Noyes