Maria Hamilton, author of Mr. Darcy and the Secret of Becoming a Gentleman 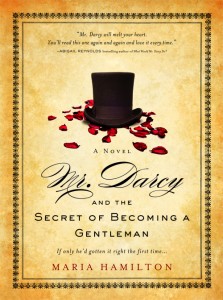 Earlier this week, I promised you a guest post from Maria Hamilton, author of Mr. Darcy and the Secret of Becoming a Gentleman

. I’ve been curious about all the Jane Austen remixes out there lately – is Elizabeth Bennett only relevant if she’s fighting zombies? And I was curious before I even knew about the missing mens’ scenes and the Mark Twain connection! Maria has some interesting ideas about why Austen continues to interest us — and about what piqued her interest in Mr. Darcy’s story. So, without further ado…Maria Hamilton!

Jane Austen is presently having a cultural resurgence second only to vampires (and I am not sure they count because by definition they are supposed to live for centuries). The phenomenon began quietly enough when Austen’s books were turned into several engaging miniseries and films, like the 1995 versions of Pride & Prejudice and Persuasion, Emma Thompson’s Sense & Sensibility, or Emma with Gwyneth Paltrow. This led to more loosely based modernized film versions of her books exemplified by Clueless, Bride & Prejudice, and even Bridget Jones Diary. The films have kept coming and in Becoming Jane, Austen herself was the focus. The proliferation of books has been even more diverse. At one end of the spectrum, there are novels like Pride & Prejudice and Zombies where Austen’s storylines is transported to a world inhabited by the undead. At the other end of the spectrum lies sequels and stories like my new novel, Mr. Darcy and the Secret of Becoming a Gentleman, where Austen’s characters inhabit their original settings but are allowed free reign to engage in new adventures.

I believe there are such diverse Austen themed variations because her work is particularly suited to believable transformations. If you read Pride and Prejudice as an assignment in college, you might have considered it a book concerned with the manners of the regency era. But if you were lucky enough to read it independently or reread not as an assignment, you quickly realize it contains strikingly drawn characters facing life’s universal questions. At a time when women were reduced to either shadows of reality or as actors driven by simplistic motives, Elizabeth Bennett shines as a smart, witty, complex woman prone to alternating bouts of superiority and bravery. Modern writers have seldom portrayed a more fully drawn heroine. Consequently, because a reader can be confident that they “know” Elizabeth Bennett, it is possible to see her in new settings, even if that includes fighting off zombies. This is true of all of Austen’s characters because she provides them with as many flaws as virtues. 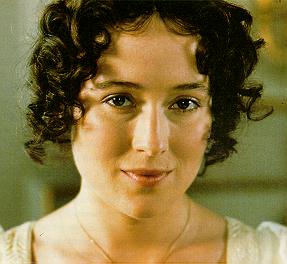 But this alone can’t explain why there has been so much interest in putting Austen’s characters in different situation. I believe that is due to a peculiarity of Austen’s writing style and the time in which she wrote. Austen famously never penned a scene between men where a woman was not present. She felt that because she could not personally know how such a scene would play out or how the dialog would unfold, she should not attempt it. Consequently, in Pride & Prejudice those scenes are either referenced in passing or missing completely. When you are satisfyingly done with one of Austen’s novels, your mind instinctively begins to ruminate on what must have happened in those missing scene. There has been much debate over Mark Twain’s quote regarding Jane Austen and I think that when he famously said, “Everytime I read Pride & Prejudice I want to dig her up and beat her over the skull with her own shin-bone” he was referring to the lapses in the story as even a man as mercurial as Twain would not continue to reread a book he hates.

Similarly, the propriety of the age required that there be a minimum of private dialog between our hero and heroine. Austen wrote in a time, when woman did not write publically and while she was a trailblazer for female writers to come, she could not realistically challenge that convention. As a result, much of Mr. Darcy and Elizabeth Bennett’s courtship is left tantalizingly to readers’ imagination. Consequently, while Austen’s novels appear sufficiently detailed to make her characters seem completely formed, they are still sparse enough to leave room for many possible adventures, endings, and interpretations.

For me, curiosity over those missing scenes eventually led me to envision a different course for the story where those scenes could be played out more fully. My novel introduces the reader to Mr. Darcy after his disastrous proposal to Elizabeth Bennett at Hunsford while he is struggling with the knowledge that he has unfairly separated his friend, Mr. Bingley, from Elizabeth’s sister, Jane. I explore how Darcy would have come to terms with his own behavior since the months in which Darcy did so in Pride & Prejudice is never explained. Darcy eventually determines to correct his mistake much earlier and in the process of doing so returns to Hertfordshire. As Elizabeth and Mr. Darcy become reacquainted, he pursues her and a more overt courtship evolves as they attempt to see each other without their prior misunderstandings. My story focuses on the dialog between Mr. Darcy and Elizabeth and tries to explore their developing intimacy. I believe the story holds true to the original but allows the modern reader to go where Jane Austen could not. I hope you agree.

So, ready for more Mr. Darcy?  You can check out Maria Hamilton’s biography at Austen Authors, or look for her novel at Amazon.com.

Review: A Tiger in the Kitchen by Cheryl Lu-Lien Tan
Traveling Books

4 comments for “Maria Hamilton, author of Mr. Darcy and the Secret of Becoming a Gentleman”