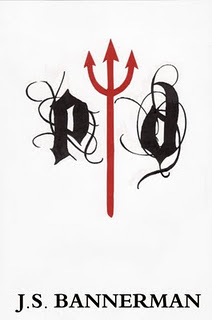 Okay, today we have a guest post that is not polite, not politically correct and not afraid to state a controversial opinion — what a great way to end the week! Just as I would caution people that Jake Bannerman’s book, Pitchfork Diaries, is not for the faint of heart, I would warn you that this guest post is not for the easily offended. I love a passionately-held opinion, so this was a lot of fun for me to read and I hope you enjoy it.

Today I would like to address the ongoing subject of people claiming or complaining or whimpering or dropping on their knees praying to Jesus about my writing being too graphic or too violent.

I happen to have a few different views on this subject.

Number one. I did not ask you to pick up my book and read it without there being provided with a synopsis or the availability of reviews for you to read and research in advance. And if the term EXTREME HORROR did not tip you off obviously it doesn’t surprises me that you would be one to bitch. YOU are the reason America sucks. YOU are the old lady who spilled coffee in her lap and sued McDonald’s. YOU are the teenager who didn’t wear a condom and ingratiated yourself to my tax money to pay for the baby you have no right to have. The information is obvious: coffee is hot, unprotected sex causes pregnancy, and if you did not know those things YOU HAVE NOT BEEN PAYING ATTENTION!

Number two. Sometimes we don’t take reviews or synopses seriously and do you want to know why? It’s because people will say whatever they need to say to sell their product. It’s an age old game; snake oil cures the sick, grows hair, and eases arthritis. Whatever it needed to do at the right time and place for the con artist to make money. Yes, it is true MEN are the worst offenders because we have noproblem telling you we can and will satisfy you just to have the opportunity……… Oh hell, I wasn’t supposed to divulge what’s in the Secret Guide to Being a Man.

Number three. Ok this is where Jake gets controversial… Guess what?? Violence, graphic sex, murder, rape, blood splatter, necrophilia, chain sawed abortions being fed to nuns, decapitating the pope, and flying planes into buildings and killing thousands is, and I hope you’re ready for this – IS EXACTLY WHAT YOU WANT!!!!! Check the statistics on movies. People do not stray away from violence or sex or murder; have you seen the NEWS lately? Ever heard of NASCAR? How many times do you think people actually watch a race to see cars drive in circles???? NONE, NONE, AND NONE. We watch for the wrecks. Oh no, you say NOT ME. Really? The porn industry is larger than Hollywood in terms of income because NOBODY is interested in sex? How fucking silly do you think I am?

So what do I say when people say I am too graphic, too violent and too sexual? I say yes I am! I am a human being created by a God who programmed me with lust, sin, anger, and the desire to be interested in every damn one of them! It’s called the Pleasures of the FLESH and I indulge in every one of them every fucking chance I get. Just remember that the bible says the wages of sin are death…Wait, death and sin? HOW VIOLENT…