Monday Shmoop: Hamlet and Romeo Have Tea with Holden Caulfield: Inside Fan-Fiction 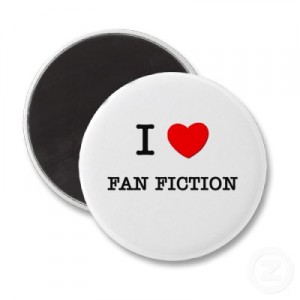 Hamlet and Romeo Have Tea with Holden Caulfield: Inside Fan-Fiction

Fan fiction has grown in popularity over the last decade. Gone are the days when the audience believed that a character’s fate was strictly in the hands of its creator; now they seem to believe that they can decide the future (or at the very least, an alternate reality) of their favorite characters from film, literature and even history.

Writer/comedian/banjo player/playwright Steve Martin probably would not like to have his play Picasso at the Lapin Agile referred to as fan fiction, but it is so similar that there’s almost no better definition. Martin took the “characters” of painter Pablo Picasso and physicist Albert Einstein and put them in a dream scenario: what would happen if two of the greatest minds of the twentieth century met up at a bar? How would they react to one another? What would they talk about? Would Elvis make a surprise appearance? (Spoiler alert: he does.)

That’s the beauty of fan fiction; the writer can create a fantasy scenario using any of his favorite characters from fiction or real life. An Austen fan could write a story that puts the heroines of all her major novels together in a house, sort of a like a Real World for fictional British women. What would Elizabeth Bennet think of Marianne Dashwood? Could Fanny Price share a bathroom with Emma Woodhouse? It’s fun to think about what would happen when Austen characters stop being polite and start being real.

The same could apply to Shakespeare characters. Many of the Bard’s most notable protagonists are known for their strong personalities. Hamlet is notably moody, indecisive and prone to killing people through curtains. What would a dinner party that consists of him, Lady Macbeth and Petruchio from The Taming of the Shrew be like? Or a tea party with the nurse from Romeo and Juliet, the witches from Macbeth and Hippolyta from a Midsummer Night’s Dream?

It’s fun to think about one’s favorite literary characters meeting up and interacting. Whether it’s The Little Prince meeting Anne of Green Gables or Harry Potter casting a spell on Edward Cullen from Twilight, this type of fan fiction allows readers and writers to explore the various facets of their favorite characters’ personalities. Sometimes it can even be used as wish fulfillment. For anyone who read The Catcher in the Rye and wished that Holden Caulfield would just come across someone like Mr. Rochester from Jane Eyre, who wouldn’t put up with his antics and give me the good slap across the face he deserves, writing literary fan fiction can be incredibly gratifying.

Of course, there is a stigma that comes with writing fan fiction, whether it’s for a popular science fiction TV show or the complete works of William Shakespeare. It can be an excellent creative outlet, but not necessarily something that will make for great cocktail party conversation. Speaking of which, what would happen if Captain Ahab, Henry V, Catherine from Wuthering Heights and Gandalf the Grey all met at a cocktail party?

About the Author:
Shmoop offers hundreds of free educational guides and references. We believe that any topic, like Romeo and Juliet or Hamlet, can be broken down in a way that is relatable and fun for students. . . We keep things more interesting by using television shows, video games, music, and fashion references throughout our guides. Our goal is not only to present the fundamentals, but to bring the material to life in a way that makes students ask more questions, instead of less. Check out Shmoop’s website to see how all of our free resources can make a difference in your study time.