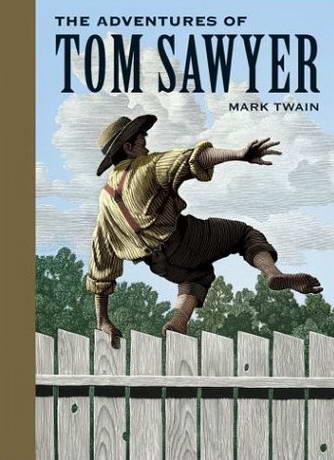 The Scheming Tom Sawyer and Hamlet

Every myth has its trickster character. In the Greek tradition, you’ve got Hermes. In Roman mythology, there is Mercurius. In many native American folklore, you have the coyote. And in the American literary tradition? Well, we’ve got Tom Sawyer.

Technically, Mark Twain’s famous mischievous but lovable character is not a myth, but nonetheless, we nominate him as one of our culture’s prank-pullers. Tom Sawyer is all about the schemes. He tricks the neighbor kids into painting the huge fence by pretending to do so is a rare and exciting honor. He fakes his own death—unintentionally, we might add—but still, the boy doesn’t rush to stop his funeral and instead let it plays out. The boy even has some scheming game with the ladies, getting a little named Becky to kiss him and eventually taking punishments for her to win her affection. He even tricks his Aunt Polly into believing, temporarily, that he’s psychic. The list of Tom’s various escapades could go on and on—and that’s why he revered as such an enjoyable character by countless readers.

His schemes and pranks play a large part of that enjoyment because there is something pleasurable about seeing such an artful prank unfold. Granted, his pranks are often light-hearted and never unduly mean, but Tom’s charisma and his ability to manipulate the outcomes are what is remembered and loved about him. Successful schemes in literature and even in popular culture also evoke a certain sort of pleasure or excitement for its audience. There’s something about being in on an harmless joke and seeing the craftiness of another. Consider the George Clooney remake of Ocean’s 11—another charismatic character who tricks people to get a girl and some cash. Mark Twain isolated this scheming charisma as part of a boyish childhood, done in all good fun. Even when it’s serious, it’s done for justice, especially when Tom and Huck start doing some reconnsiance work on the murderous Injun Joe to not only snatch his money but to turn the jerk into the proper authorities.

However, schemes are not always fun and games. Another famous literary scheme is found in Hamlet, a far cry from Mark Twain’s type of territory. Shakespeare’s favorite existential Dane is indeed a schemer, a depressed and manic one, but a schemer nonetheless. Throughout the entire play, Hamlet puts on an “antic disposition” to find out clues about his father’s murder and to bewilder his family members and girlfriend so they don’t realize what he knows. He even puts on a play symbolically called The Mousetrap—the famous “play within a play”—that retells his father’s murder (which his father’s ghost told him) in order to catch an image of his uncle’s murderous guilt. Critics largely note that Hamlet is an indecisive character whose mind stalls him from taking immediate action by having lengthy soliloquies about suicide and the meaning of life. We add that all that talking and no action might be Hamlet working out elaborate plans to reveal what he doesn’t know about the rotten state of Denmark and how to confirm what he does. Clearly, he’s no Tom Sawyer, but he employs similar tactics and tricks to ascertain the truth and to get what he wants. And in that part, many readers enjoy seeing Hamlet unveil his family’s misdoings with his antics because we’re not only in on it but we’re also seeing justice be served, in a sense. Without any scheming, Hamlet would be a revengeful and short play. But instead, the Hamlet summary becomes this drawn-out game of cat and mouse—hence, The Mousetrap—where Hamlet plays with his victims as if detective work was some sort of game, though a serious one. It’s all in the plan.

About the Author:
Shmoop offers hundreds of free educational guides and references. We believe that any topic, like Tom Sawyer or Hamlet, can be broken down in a way that is relatable and fun for students. . . We keep things more interesting by using television shows, video games, music, and fashion references throughout our guides. Our goal is not only to present the fundamentals, but to bring the material to life in a way that makes students ask more questions, instead of less. Check out Shmoop’s website to see how all of our free resources can make a difference in your study time.

1 comment for “Monday Shmoop: The Scheming Tom Sawyer and Hamlet”