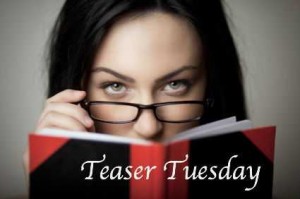 Teaser Tuesdays is a weekly bookish meme, hosted by MizB of Should Be Reading. You know the rules: grab your current read, open to a random page and share a two sentence teaser with us (no spoilers!). Be sure to tell us about the book, so we can add it to our TBR list!

This week, my teaser is from A Train in Winter: An Extraordinary Story of Women, Friendship, and Resistance in Occupied France

, a terrific read about a truly terrible period in history. It’s interesting to read the nitty-gritty details of what it was like to be living in Paris under the Nazis, and I hope I would have shown the courage that these young women did. This comes from some of the anecdotes about surviving the coldest winter on record in Paris, under occupation by the Germans:

“Though the integration of France into the Nazi war economy had dramatically cut unemployment, the French were beginning to understand that the shortages were the direct result of the enormous booty of clothing, food and raw materials leaving every day for the Reich. The Parisians were now obsessed with food and warmth, lining their clothing with newspapers, putting mustard in their socks and making muffs out of rabbit and cat skins.”

Mustard? In your socks? I assume they mean dry mustard, but still! Doesn’t sound warm to me.