Review: Sixkill by Robert B. Parker 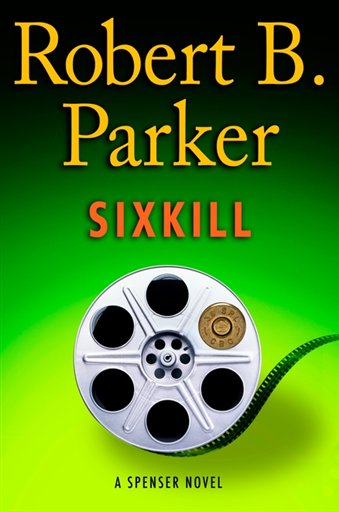 When I heard the news of Robert B. Parker’s passing, I was heartbroken. I have been reading his Spenser novels for ages and the thought there would be no more of them — too much to contemplate. Sixkill

is the 39th Spenser novel and, according to the book jacket, “the last Spenser novel Parker completed.” Now, that doesn’t sound very…final. It sounds like there might be some unfinished stuff out there. I am not completely opposed to another author carrying the mantle, as long as we don’t lose any of the snappy dialogue and hooligan philosophy of the original.

In Sixkill, Spenser is older and wiser and without his usual back-up, Hawk, who is off in Central Asia. We start off with a visit from our old friend, Martin Quirk, who wants Spenser to look into a murder. A particularly nasty piece of work named Jumbo Nelson is shooting a movie in Boston and has apparently murdered a young woman he hooked up with. At least, she died in his bed, the coroner isn’t quite sure of what, and he claims to have been barely sober enough to notice she was dead when he came back from taking a leak. Like I said, nasty fella. As much as everyone wants to put him away, Quirk isn’t sure, and Spenser trusts Quirk’s instincts.

The novel introduces a new character that I think would have had some staying power. Zebulon Sixkill (and what an awesome name that is!) is a Native American college drop-out, former college football star, now a bodyguard for Jumbo Nelson. He’s got a drinking problem (not the sort of thing that is helped by hanging out with celebrities) and he ends up working with Spenser. Actually, what Spenser does is more like mentoring — he helps the kid get sober, gets him back in shape, gets him a job at the gym. Gets him back to a place where he might be able to make something of his life. He’s an interesting young man and, like a lot of other tough guys from previous Spenser novels, could definitely become a recurring character. Sadly, we won’t get to read what Parker might have had in mind.

is one of the better Spenser novels I’ve read recently. There were a couple of books where I thought it might be time for Spenser and Susan to retire to a little cabin in the Catskills or something, but there is plenty of snappy dialogue, cool new characters, and an engaging mystery to solve. It was a real pleasure to read, which makes the fact that it is the one that was completely Parker’s all the more melancholy. This is an author and a series that I will truly miss, but I am glad that he goes out on such a high note.

My copy of Sixkill came from my personal library.

3 comments for “Review: Sixkill by Robert B. Parker”