The books have been piling up, and here are a few new additions to the shelves: 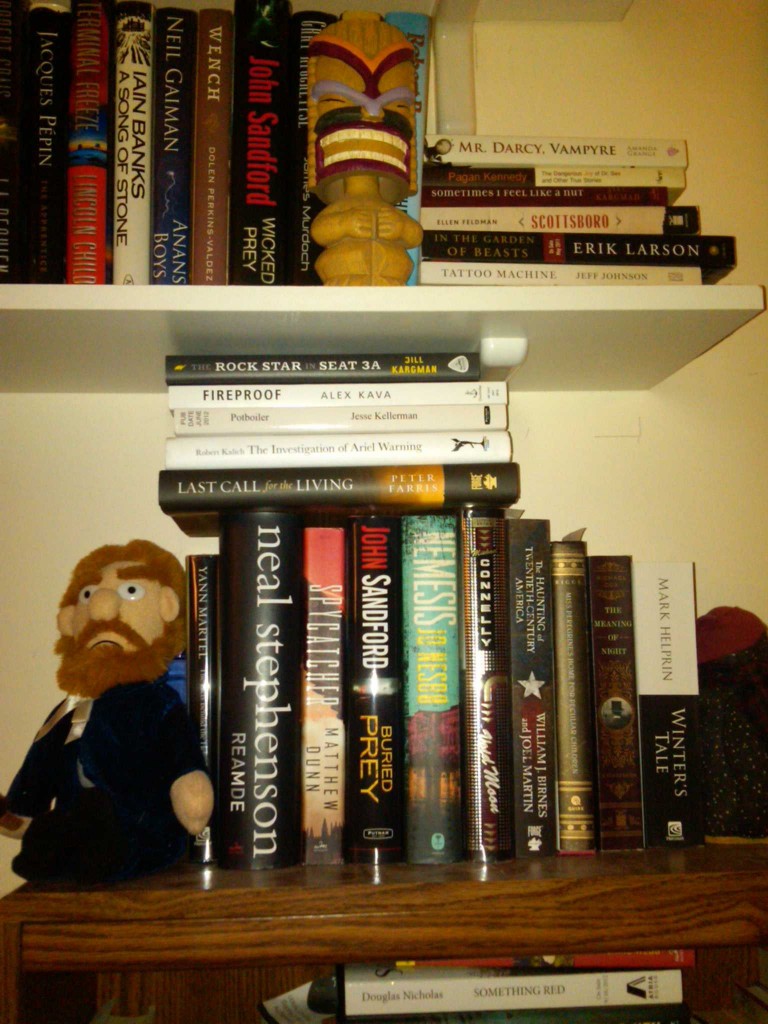 I know — there are lot of books on the shelves, and I am now stacking them every which way to fit them in! So check out the sideways stack in the center for my newest titles…

The Rock Star in Seat 3A

: This looks like a romance novel. Who would send me a romance novel? Maybe it’s time to broaden my horizons. I can think of a few rock stars I’d like to sit next to on a long flight…

: A mystery novel about an arsonist in Washington, DC, along with the reporter, special agent and firefighter who are involved in the case.

The Investigation of Ariel Warning

: A beautiful woman comes between twin brothers. Is she who she claims to be?

Last Call for the Living