Last week, while I was in Houston, two terrific new books showed up, looking for a spot on the TBR pile. The first (and heaviest!) was The English Girl by Daniel Silva: 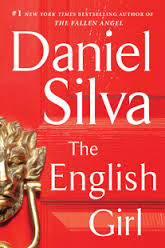 Madeline Hart is a rising star in British government: beautiful, intelligent, driven to succeed by an impoverished childhood. But she also has a dark secret. She is the lover of the Prime Minister, Jonathan Lancaster.

When she disappears on the island of Corsica, it?s clear her kidnappers know about the affair and intend to make the PM pay dearly for his sins. Fearful of scandal that will destroy his career, Lancaster decides to handle the matter privately, and not involve the police.

Enter Gabriel Allon – assassin, art restorer and spy – who must find Madeline within seven days before she is executed. With the clock ticking, Allon is thrust into a deadly game of shadows in which nothing is what it seems-and where the only thing more dangerous than his enemies is the truth.

Gabriel?s mission takes him from the criminal underworld of Marseilles, to the stately corridors of power in London – and, finally, to a pulse-pounding climax in Moscow, a city of secrets and violence where there is a long list of men who want Gabriel dead …

I don’t know that I have read much of Silva’s work, but this has all the makings of a great spy novel and thriller. Definitely looking forward to it.

Next, something slightly different — Accidents Happen 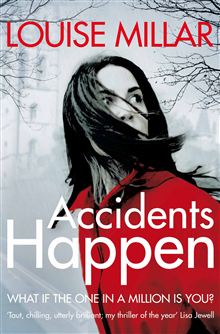 What if the one in a million is you?

Kate Parker has had so much bad luck in her life, she’s convinced she’s cursed. But when she tries to do her best to keep herself and her son safe, people tell her she’s being anxious and obsessive.

Just when her life starts to spin completely out of control, an Oxford professor she meets offers to help. But his methods are not conventional. If she wants to live her life again, he will expect her to take risks.

When a mysterious neighbour starts to take more than a passing interest in her, Kate tries to stay rational and ignore it.

Maybe this, however, is the one time Kate should be worried.

These both sound great, and I am really looking forward to reading them! I hope you found some great new books this week, too.