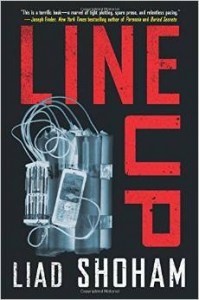 A brutal rape in a quiet Tel Aviv neighborhood has the police baffled. There are no witnesses, suspects, or clues, until the victim’s father steps in and finds overwhelming evidence pointing to Ziv Nevo.

Veteran detective Eli Nahum questions Nevo, but can’t get anything out of him. That’s because Nevo has a secret. He works for the mafia, and telling the truth about why he was near the crime scene could get him killed.

Lineup focuses on these two men, detective and suspect, as they both end up betraying what they value most, fighting for their lives, and struggling make amends for their mistakes in this gritty, fast-paced, complex novel of suspense.