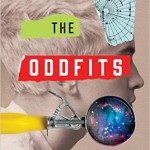 I added a few things to my personal library over the holidays. First up, a little something from Kindle First: The Oddfits

Eight-year-old Murgatroyd Floyd doesn’t fit in—not as a blue-eyed blonde living in Singapore, not in school, and certainly not with his aloof expatriate parents, who seem determined to make his life even harder. Unbeknownst to him, there’s a reason why he’s always the odd boy out: he is an Oddfit, a rare type of human with access to the More Known World, a land invisible to most people. Yet unfortunate circumstances keep Murgatroyd stranded in the Known World, bumbling through life with the feeling that an extraordinary something is waiting for him just beyond reach.

Seventeen years later, that something finally arrives when a secret organization dedicated to exploring the More Known World invites Murgatroyd on a mission. But as the consummate loser begins to grow into the Oddfit he was meant to be, the Known World becomes bent on exterminating him. For once in his underachieving life, will Murgatroyd Floyd exceed expectations and outsmart those trying to thwart his stupendous destiny? 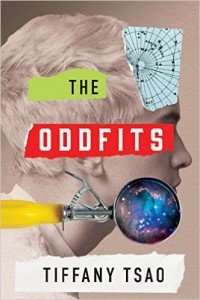