New to my library… 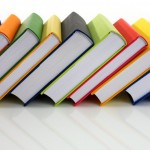 One of the little perks of business travel is that I can stop my mail – I stop it for a week or two (or three) at a time and when I come home, it gets delivered right to my door. Much easier than running to the mailbox every afternoon! And there are always books. Always books. This trip, only 3 were waiting for me, but they are always a lovely surprise! So, here is what’s new to my library:

Alone by Loren D. Estelman: “Valentino wants to keep The Oracle, his beloved run-down movie palace, from being condemned before it even reopens, but murder keeps intruding into his otherwise quiet life. At a gala party held in memory of screen legend Greta Garbo, he’s having fun until the host, a hotshot developer named Rankin, tells Valentino about a certain letter from Garbo to his late wife. She and Garbo had been…close.”

Angel and Apostle by Deborah Noyes: “Noyes’ lyrical debut tells the story of Nathaniel Hawthorne’s The Scarlet Letter and beyond from the vantage point of Pearl, Hester Prynne’s wild, elfin child. In Pearl’s eyes, it is her mother who is mysterious and distant, and she seeks solace with another outsider, Simon Milton, whose blindness makes him fearful of the world around him.”

The Glass Room by Simon Mawer: “During the pause between world wars, a Jewish businessman and his new wife commissioned a startlingly modern house for themselves in Czechoslovakia. They hired the German architect Ludwig Mies van der Rohe and gave him free rein to design an avant-garde structure that looks like a Mondrian painting in three dimensions: a long, low building of dramatic straight lines, marked by a large room with floor-to-ceiling glass walls. Unbelievably, this elegant house survived the dismemberment of the First Republic of Czechoslovakia, German bombing, Soviet invasion and the natural forces that conspire against a neglected building. The Villa Tugendhat, which has been a public museum since the mid-1990s, remains a masterpiece of minimalist architecture, and now it’s the evocative setting for a stirring new novel that almost won this year’s Booker Prize. The author, Simon Mawer, moves through six decades of European history, much of it unspeakably tragic, using the glass house as a window on the hopes and fears of its various inhabitants and the conflicts that rip Europe apart.”

Very different books, to be sure, and I am looking forward to having a little quiet time over the holidays to start reading them! 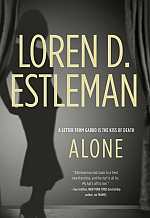 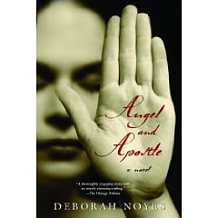 2 comments for “New to my library…”