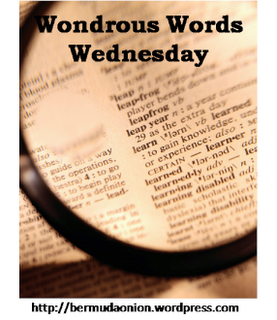 Happy Wednesday!  It is freezing cold here in St. Paul, MN and I am huddled around my laptop for warmth.  Hopefully, some new words will help warm me up!

My words this week are from Alone by Loren D. Estleman.  Very funny book about film buffs, so some of the words revolve around movies.

1. Cineastes: A film or movie enthusiast; a person involved in filmmaking

“Only the two cineastes had kept quarters there continuously since it was renovated; for everyone else it was a stopping place on the way up or out.”

2. Dowd: I was unable to find a definition for this one.  Dowdy means unfashionable, but in the context below, that doesn’t really make sense, does it?

“She leans against the door fram in a shabby waterfront bar, demonstrably exhausted, dressed in glamorous dowd in a cloche hat and simple dark jacket over a low-cut blouse with wilted ruffles…”

3. Crepuscular: I was familiar with the standard definition – relating to animals that are primarily active during twilight or evening – but I love the way they used it here, relating to a man in the twilight of his years.

“The archivist found himself resenting Fanta for awakening his friend to his crepuscular potential.”

4. Enteric: Of intestinal origin, usually relating to waste or bacteria.

“I nearly died of enteric fever, and when the U.S. State Department made up its mind after three years to acknowledge my existence, I walked out on crutches.”