Monday Shmoop: Is The Great Gatsby the Great American Novel? 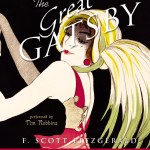 Is The Great Gatsby the Great American Novel?

The concept of the “Great American Novel” is so pervasive that it has become something of a cliché. Burned-out businessmen and frustrated housewives and everyone in between has said that they’ll take time out to write it, but what if it’s already been written? What it it’s a book that almost every American high school student reads at some point, even if he or she doesn’t want to? What if it’s a book that some critics viewed as frivolous and sordid when it debuted, but also one whose author’s contemporaries found revolutionary and practically? What if it’s The Great Gatsby?

Why The Great Gatsby? F. Scott Fitzgerald’s magnum opus is a love story, an allegory and a piece of American history. It has a narrator from the Midwest, an anti-hero who is also a war hero, a unhappily married couple, lavish parties, fancy shirts and flashy cars. Nick Carraway, the book’s narrator, is at first intrigued by Jay Gatsby’s lifestyle: the music, the women, all of the trappings of a life of wealth and (relative) social standing.

But as Nick gets more and more familiar with Gatsby’s life and backstory, he becomes more and more disenchanted with Gatsby’s world. As he learns that Gatsby is motivated primarily by his desire for Nick’s (married) cousin Daisy, he realizes that the world he’s entered is a shallow one, full of “careless people” who do not care whose lives they destroy so long as they get what they want. And while some argue that Nick Carraway is not as pure of heart as he may want readers to believe that he is, he at least tries to treat other people with consideration and respect.

Many people probably would not consider The Great Gatsby to be the Great American Novel, if only because they associate it with other mandates from their high school years: gym class, awkward dances and the SAT. But it’s a novel worth revisiting. Despite the accessibility of Fitzgerald’s writing, it’s a highly complex novel that certainly warrants multiple exposures. It is it entirely earnest or slightly tongue-in-cheek? Could its story work in any time period and location or is it only suited for a post-World War I America? What would happen to the story if Nick or Gatsby was a woman?

These questions do not just exist within the confines of a college English paper or an AP English Literature essay. They’re the kinds of questions any serious reader should be asking herself. Even if we decide that Nick is a reliable narrator, we have to wonder: is Fitzgerald a reliable author? What’s his agenda? By classifying Gatsby as a hero or villain, is the reader forming his own interpretation of the text or falling right into the author’s trap? It’s too late to get any answers from the writer, of course, so it’s up to readers (and countless literary scholars) to form their own opinions.

About the Author:
Shmoop offers hundreds of free educational guides and references. We believe that any topic, like Great Gatsby or SAT, can be broken down in a way that is relatable and fun for students. . . We keep things more interesting by using television shows, video games, music, and fashion references throughout our guides. Our goal is not only to present the fundamentals, but to bring the material to life in a way that makes students ask more questions, instead of less. Check out Shmoop’s website to see how all of our free resources can make a difference in your study time.

1 comment for “Monday Shmoop: Is The Great Gatsby the Great American Novel?”