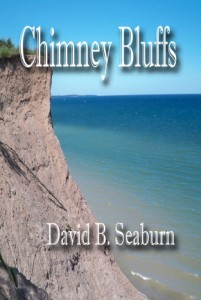 This is a little delayed – got the guest post at the last minute and it ended up stuck in my spam filter. I hate when that happens! However, we’ve got it today, a little piece about inspiration. Good timing, because I was walking today in a place that really inspires me!

I think that writing itself is my chief inspiration. I think that we create meaning through the use of language in all its forms, writing being the one that I have adopted as my own best way of meaning-making. I was first trained in theology and then in family therapy and psychology. Each discipline taught me that stories are the way we make sense of our world and of our lives. As a psychotherapist for over thirty five years, I listened to thousands of stories told by people who were struggling with the most important issues one can face in life—trust, love, relationships, change, hope, fear, depression, loss. They taught me how to be a good story-listener which, in turn, has helped me be a good and faithful writer, one who tries to shine some light on the human experience.

I get excited when I finally sit down and write the first page of a new novel. I am excited because I know that for the next fourteen to eighteen months I will have time to struggle alone with issues that are critically important to me, and I hope to those who read my books.  My latest novel, Chimney Bluffs, is a good example. I had read an online news article about a couple in England who had committed suicide by jumping from a cliff after the death of their young son. What caught my attention most and made me curious about their decision was that they carried two sacks with them; one had their son; the other had his toys. I couldn’t shake the story from my mind. I wondered for weeks about how the couple had come to their decision. I also wondered what would have happened if one of the parents had survived the jump and had to deal with the aftermath of the son’s death. I decided to write Chimney Bluffs to wrestle with those two questions. Loss is a defining experience in anyone’s life, made more so when it is tragic in nature. In addition, I am interested in the meaning people attribute to their experience of loss and how that influences the decisions they make. Finally, I believe that relationships have the potential to transform even the worst experiences into opportunities for healing and hope.

In the case of Kate and Mitch Duncan, the protagonist couple in my novel, each has a reason for agreeing to suicide but the reasons differ entirely. Mitch feels it will bring the family together again in the afterlife. Kate doesn’t believe in an afterlife; she feels her son’s death is her fault, and for that reason, she deserves to die. In the story, Kate is the survivor. She is found by Clancy Brisco, a park ranger, and his assistant, Bobby, each of whom is dealing with losses of a different kind. These three wounded people eventually form an unlikely friendship that enables each of them to find enough hope to go on with their lives.

When I start writing a novel, I have a sturdy skeleton for the story and semi-well-developed character profiles. I then create life situations which will push these characters to deal (or not deal, as the case may be) with the issues that form the central theme of the book, in this case, loss. Having said this, I must admit that I don’t know where exactly the story will go, and I never know at the beginning how it will end. (I often don’t have a clear picture of the ending until I am in the last quarter of the book.) This purposeful not-knowing gives writing an energy and serendipity that is personally inspiring. I feel like I am not just the creator, but the created, changing through the writing process as much as my characters change.

For more about David and Chimney Bluffs, check out his website: http://www.davidbseaburn.com/. You can read the first chapter there!