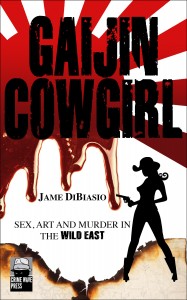 I am getting caught up today on some things that slipped through the cracks while I was dealing with other life-stuff. Today, it’s a guest post from Jame DiBiasio, author of Gaijin Cowgirl

. When the tour first came through my email, I have to admit it was the title that made me laugh and suckered me in. After that, it was the author’s shift in careers — from financial journalism to writing crime fiction. What makes someone decide to make such a drastic change? Let’s find out…

From journalism to fiction
Jame DiBiasio

Just about every hack I know is working on a novel, furtively sweating over the next chapter on nights or weekends. Writing is a skill or a passion that often drives people to journalism. But journalism and fiction are quite distinct; in fact, they have very little in common and too much of one can upend what you’re trying to do in the other.

My bio would describe someone who has been a financial journalist since 1995 who got his first novel published in 2013. That’s not how it unspooled; I’ve been writing little stories since I was a kid, and journalism stemmed more from my interest in world affairs; being a capable and fast writer has simply made it easier to do my job.

I did, however, grok that if ‘write what you know’ was how novelists got started, then maybe journalism would provide useful experience. Well, no – and yes.

Although a small number of writers have used finance in their work – Tom Wolfe, John Updike and Robert Harris come to mind – they got there through great ideas and talent, not because they were tied to the industry. Financial journalists produce excellent non-fiction books, such as Michael Lewis or Roger Lowenstein, but fiction ain’t their forte.

And besides, I didn’t really want to write about bankers anyway. That’s what the day job’s for, right?

On the other hand, in 1997 my career took me to Hong Kong, where I’ve been ever since. Although I had no Asia experience or knowledge prior to my arrival, I’ve soaked up as much as possible, through travelling, through reading, through interacting with people. And much of that has been a by-product of my journalism gig. Being a reporter puts you in the world.

I spent a lot of 2000 and 2001 in Japan, all on business, but over those weeks developed friendships with both foreigners and Japanese that gave me a little extra insight into the place. I read like crazy, especially Japanese novels (Murakami, natch, but also Mishima, Tanizaki, Ogawa, and many more), but also books on everything from Japanese baseball to political science to business histories.

Even the business helped. I was covering pensions. BORING. But not boring, because to understand the dry stuff requires understanding the nexus between government, business, foreign interests, the media, gangsters, everything. It exposes you to local mores, ways of doing business, how people carry themselves.

Somewhere between drinking till late in Roppongi and struggling through an interview with a hangover, I learned about a foreign woman working as a hostess who had disappeared; years later it transpired she had been murdered.

That was the seed of what became Gaijin Cowgirl, and my business travel and reading – not just on Japan, but on Thailand and other places involved in my novel – was the soil.

But the water to give life to the novel was not being a journalist. It was learning how to stop being a reporter. Early drafts of the novel contained way too much description. I was trying too hard to capture a ‘you are there’ feeling. I got sidetracked down little alleyways of local knowledge that just bogged down the story. Wartime histories of both Japan and the United States play important roles in Gaijin Cowgirl, but I had to work hard at weaving them into the narrative without getting preachy or dull. I had to unlearn journalism in order to become a novelist.

The water, then, was imagination. That’s the vital ingredient that separates journalism from fiction. You can’t just rely on faithful representations of people, places and events. You have to say sayonara to all that, hold on to the essential truth of things, take a deep breath, and start over. 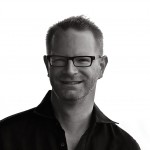 Jame DiBiasio is an award-winning financial journalist and editor. He is author of the non-fiction The Story of Angkor (published by Silkworm Books in 2013) and blogs at http://asiahacks.com. He lives in Hong Kong.